CBP released a statement, “CBP’s primary mission is to protect our nation while facilitating legitimate travel and trade. This includes protecting consumers from unsafe goods.”.

Assistant United States Trade Representative Adam Hodge released a statement in response to the final public reports in United States – Certain Measures on Steel and Aluminum Products (DS544, 552, 556, and 564). Stating “the United States strongly rejects the flawed interpretation and conclusion in the World Trade Organization (WTO) Panel reports”. The reports discussed the challenges to the U.S.’ Section 232 measures on steel and aluminum brought by China and others.
United States Trade Representative (USTR) Katherine Tai and Japan’s Ambassador to the United States Koji Tomita, confirmed in an exchange of letters that amendments to the beef safeguard trigger level under the U.S.-Japan Trade Agreement (USJTA) will enter into force on January 1, 2023. The letters confirm that both countries have completed their respective domestic procedures with respect to the June 2, 2022,
On December 9, USTR Katherine Tai met with Canada’s Minister of Labor, Seamus O’Regan. Ambassador Tai and Minister O’Regan emphasized the United States’ and Canada’s joint commitment to ensuring that trade benefits workers across North America. They discussed ongoing efforts to eliminate forced labor in global supply chains, including through the United States-Mexico-Canada Agreement.

The U.S. Department of the Treasury’s Office of Foreign Assets Control (OFAC), in recognition of International Anti-Corruption Day and Human Rights Day, is sanctioning a diverse array of over 40 individuals and entities that are connected to corruption or human rights abuse across nine countries.
OFAC is designating a sanctions evasion network led by businessman Sitki Ayan that has facilitated the sale of hundreds of millions of dollars’ worth of oil for Iran’s Islamic Revolutionary Guard Corps-Qods Force (IRGC-QF). Ayan’s companies have established international sales contracts for Iranian oil with foreign purchasers, arranged shipments of oil, and helped launder the proceeds, obscuring the oil’s Iranian origin and the IRGC-QF’s interest in the sales.
OFAC sanctioned two individuals, Li Zhenyu and Xinrong Zhuo, and the networks of entities they control, including Dalian Ocean Fishing Co., Ltd. and Pingtan Marine Enterprise, Ltd. (Nasdaq: PME) along with eight other affiliated entities. Additionally, this action identifies 157 People’s Republic of China (PRC) flagged fishing vessels in which these entities have an interest.

These actions are taken pursuant to Executive Order (E.O.) 13818, which builds upon and implements the Global Magnitsky Human Rights Accountability Act and targets perpetrators of serious human rights abuse and corruption around the world.

The Food and Drug Administration (FDA) is proposing to replace its current annual reporting requirement for investigational new drug applications (INDs) with a new requirement: the annual FDA development safety update report (FDA DSUR). The proposed annual FDA DSUR is intended to be consistent with the format and content of the DSUR that is supported by the
International Council for Harmonisation of Technical Requirements for Pharmaceuticals for Human Use.

Submit either electronic or written comments on the proposed rule by March 9, 2023. Submit comments on information collection issues under the Paperwork Reduction Act of 1995 (PRA) by January 9, 2023
You may submit comments as follows. The https://www.regulations.gov electronic filing system will accept comments until 11:59 p.m. Eastern Time at the end of March 9, 2023. Comments received by mail/hand delivery/courier (for written/ paper submissions) will be considered timely if they are postmarked or the delivery service acceptance receipt is on or before that date.

The U.S. Department of Commerce (DOC) is initiating a circumvention inquiry to determine whether imports of boltless steel shelving units prepackaged for sale, which are completed or assembled in Malaysia using certain components from the People’s Republic of China, are circumventing the antidumping duty (AD) and countervailing duty (CVD) orders on boltless steel shelving from China.

DOC has determined that OCTAL SAOC—FZC, the sole respondent subject to this antidumping duty (AD) administrative review, made sales of subject merchandise at less than normal value during the period of review (POR) May 1, 2020, through April 30, 2021.

DOC and the U.S. International Trade Commission (USITC) have determined that revocation of the antidumping duty (AD) order on hot-rolled flat-rolled carbon-quality steel products from the Russian Federation would likely lead to continuation or recurrence of dumping and material injury to an industry in the United States. DOC is publishing a notice of continuation of this AD order.

DOC determined that sales of circular welded carbon steel standard pipe and tube products from Turkey were made at less than normal value (NV) during the period of review (POR) May 1, 2020, through April 30, 2021.

DOC determined that Industeel Belgium S.A. made sales of subject merchandise at less than normal value during the period of review (POR), May 1, 2020, through April 30, 2021.

Applications for enrollment must be received no later than February 7, 2023. Applications should be submitted to
sealiftsupport@dot.gov or in hard copy to the Tanker Security Program, Maritime Administration, U.S. Department of Transportation, 1200 New Jersey Avenue SE, Washington, DC 20590. Application forms are available upon request or may be downloaded from MARAD’s website. 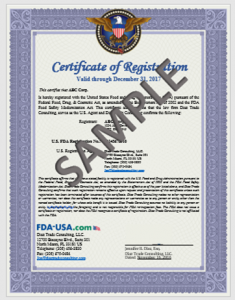